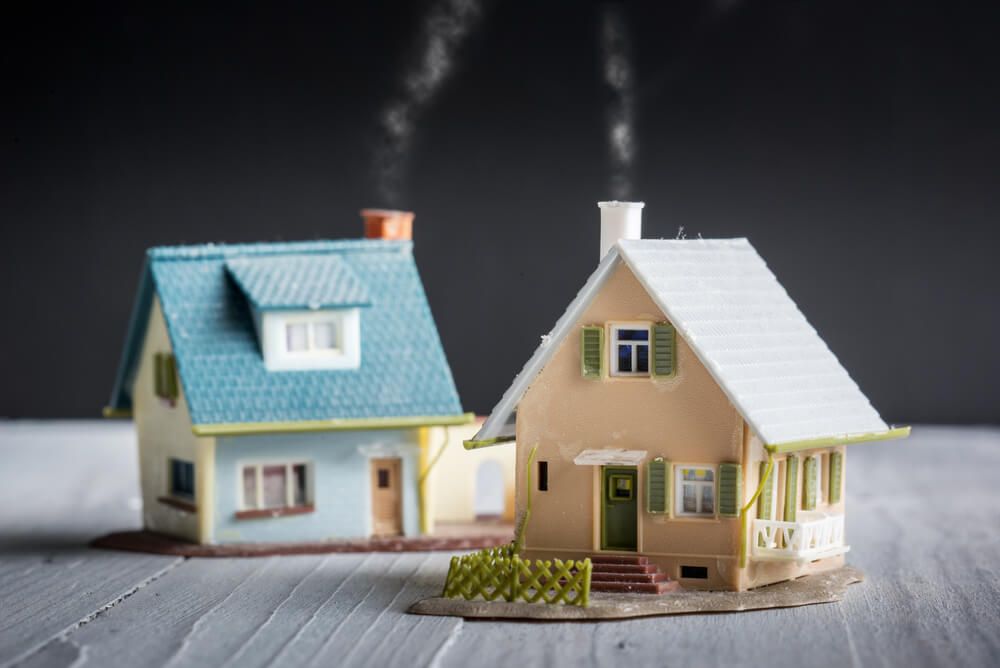 Larry and Janae are newly married with four children between them. Janae lost her spouse to cancer two years ago. Before Larry and Janae married, Janae and her two children lived in their family home. Since getting married, Larry and Janae and all four children live in the home owned by Larry and his previous spouse. Janae is not ready to give up her home and plans to rent it out. Since her children are both teenagers, she would like them to have the opportunity to take over payments for the home when they are financially able and have ownership transferred to them. Janae plans to hold on to the home for the next ten years.

Larry received his home in the divorce proceedings. He would like to refinance it, as interest rates are at a historically low rate. Larry would also like to revise his will so that the property goes to Janae at his death and not his ex-wife.

Since Larry has 15 years left on his loan, refinancing is an excellent option for him. He will be able to pay back the refinancing fee with the money he is saving in interest within four months. From the fifth month until the end of the loan, Larry will save on his interest payments each month. Ultimately, both Larry and Janae benefit when he refinances as there is more disposable income in the household. Since Larry did not want his ex-spouse to have a claim on the home should he die, he has updated his will. His will states that the home would be passed to Janae for her lifetime and then to his two children at his death.

In this complicated family situation with two households merging, let’s imagine for a minute what would happen at this point if Larry should die. Since Larry’s name is the only one on the deed to the property, his Last Will and Testament would control who receives the home. If he died before the home loan has been paid off, his lender would have a lien against the home to secure the loan. The executor of his estate would need to confirm that this loan is paid off before ownership of the property could be transferred to his heirs.

If Larry did not have a loan, his family would have to file for an intestacy proceeding at the probate court. State law would then determine who would inherit the home after the bank loan was paid off. If Larry and Janae jointly owned the home as joint tenants with rights of survivorship, then Janae would need to file Larry’s death certificate and an affidavit or sworn statement with the county recorder. After this process was completed, she would own the home. Since Larry qualified for the home loan, not Janae, her bank may require her to re-qualify for a loan to ensure that she could make the payments.

Suppose Janae also takes advantage of the low-interest rate and refinances her home. Assume in the whirlwind of marriage and refinancing two homes communication broke down between the title company and the lender and Janae. The title company may assume that since Janae is newly married, she would like the home titled in both her and Larry’s name after the refinance, creating a joint tenancy with rights of survivorship between both spouses.

Suppose Janae dies. Janae intended to rent the home for ten years and then pass it to her two children. With the refinance and the joint rights of survivorship, if Janae were to die, the property would go to Larry, not Janae’s children. The refinance would essentially disinherit the children.

Would a trust help in this situation?

In this complicated situation, retaining ownership of two homes and merging two families, a revocable living trust may help Larry and Janae’s survivors avoid probate and ensure that their property is passed to the intended heirs. Larry and Janae could move both of their homes into a revocable living trust and both be trustees. The trust would own the homes. Both homes would no longer be owned by them individually, and therefore not subject to probate. As trustees, Larry and Janae would still retain the ability to manage and control the trust’s accounts and property. They could also still be beneficiaries and therefore benefit from the accounts and property. Since both Larry and Janae know the plans for each home in the event of one or both of their deaths, the property could be passed on as intended.

Refinancing homes in a trust

What happens if the homes are in the trust, and Larry and Janae would like to refinance them? The lender may require Larry and Janae, as trustees, to change the ownership back to the individual owner before it can be refinanced. After the papers are signed and the loan is refinanced, the title company will prepare a deed to transfer the homes back into the trust.

If all goes as planned, this will work fine. Unfortunately, sometimes, the titling step is skipped. If Larry or Janae passes, they might think the home is in the trust, and their spouse can ensure that it gets passed on as intended, but the house is actually still in their individual names. Here, the family would need to open a probate to sell or transfer the property. A pour-over will that accompanied the trust could direct the homes to be put back into the trust. A pour-over will ensures the property is distributed as per the trust terms, but the family would still need to go through probate.

To ensure that your property is going to your intended heir, your estate attorney will help verify that all documentation is written as intended. Failure to coordinate the lender and title company activities may cause errors that may be discovered too late.

You can schedule a call with us or reach us directly at 855.528.9637 to learn more about how best to plan today to protect those most important to you.

Schedule a Meeting with our Client Concierge

Get to know us and our process and we’ll answer any questions you might have.